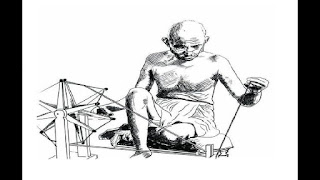 In 1903, Lord Curzon, then Viceroy of India, introduced a new Universities Bill following the recommendation of Universities Commission. Commenting on the bill, great nationalist Pandit Madan Mohan Malviya said ‘the Universities Bill, if passed into law, will have, as recommended in the report of the Universities Commission, the effect of restricting the area of education and completely destroying the independence of the Universities upon which largely depend their efficiency and usefulness, and turning them practically into departments of Government.’ While the universities Bill aimed to improve the standard of higher education in the country, the critique shows how the bill was ill-intentioned in substance. More than 100 year after the passing of universities bill by a British government in colonised country, the BJP-ruled Indian government has passed the National Educational Policy (2020) with same ill-intention and with the motive to destroy the education system in India.

Of all the provisions of NEP, the most destructive, and vicious is the introduction of Higher Education Commission as a single regulator for university education. Until now, the various universities, whether public funded or private, were placed under the control of University Grant Commission. Similarly, all the technical institutions came under the regulatory authority of All India Council for Technical Education (AICTE). Both these institutions were part of MHRD; and main purpose was to regulate the higher education in India. UGC provides funding to colleges, universities; looked after the affiliations of various institutions; issued guidelines to being uniformity in the syllabus; and acted as main arbitrator in the conflict between university administration, teachers association, students and various stakeholders. Under the NEP, both UGC and AICTE is abolished and replaced by Higher Education Commission (HEC). While pro-reform lobby has lauded this as a welcome step, there are two fundamental problem with this commission, if it comes into operation. First, the UGC and AICTE is already over-burdened with the responsibility of supervision of lakhs of higher education institutes (colleges, state universities, central universities, engineering colleges, research institutes, policy-think tanks). The unwieldy Indian education system, without delegation/decentralisation of authority, is the major cause of mismanagement of higher education in India. The obvious problem that arises from the incapacity of the regulator is the flourishing of fake, deemed universities, institutions without affiliations and unaffiliated universities selling degrees in the open market. In this context, one must ask a question: when two regulators were not able to manage the crisis, how does bringing one centralised commission solve this problem? In fact, the centralisation of authority under one regulator like HEC will only further exacerbate the existing problem of mismanagement.

The second fundamental problem with HEC is the concept of graded autonomy.

The HEC mandate, as outlined in NEP, is to grant graded autonomy to all higher education institution by the next 5-10 years. In fact, the various stakeholders in education system are demanding autonomy from diktats of government. The debate around institutional autonomy and government control is the product of unnecessary government intervention in the day to day running of institutions, political favouritism in appointment and promotion, curbing the freedom to teach a standard, modern curriculum and undue bureaucratic interference. It appears NEP is a positive statement from the side of government to loosen its grip over the educational institutes. However, this is not the case. Through NEP, what BJP government has offered is not autonomy to educational institutes from the state; it is the provision of financial autonomy/self-financing that is being pushed here. For nearly three decades, the Indian institutions are ailing because of scarcity of funds, falling teacher-student ratio, failure to upgrade infrastructure and digitise challenges. In times like this, the provision of self financing or financial autonomous is a  death knell to the fate of public-funded institutions. This is a clear attempt to further privatise public education and turn it into a profitable business venture. When implemented, this will result into lakhs of marginal students being pushed out of the education. In this scheme, premier public universities like JNU/DU/HCU/TISS/AUD/JU/ will be diminished with no funding, whereas private universities will flourish. This will not only lead to social equalities and affect learning, it will also burden the poor and middle class families with extra financial pressure. The day is not far when sub-standard private university will become a fish market selling educational degrees.

As reported in national media, the NEP is a part of the RSS agenda to impose and strengthen its chauvinist cultural agenda. The imposition of mother language at primary level is one such provision. If the language criteria is brought to promote Hindi or other regional language, then they must be made part of curriculum at all level. But to argue that Hindi or regional language must replace English is not a good strategy to promote them. In India, the trumpet of Hindi has been raised for many decades. However, no serious efforts are made to promote it. For instance, both in SC and HC, there is no space for filling proceedings in HIndi. Most of higher education institutes are exclusively english in medium. All the bureaucratic and official communications are made in English. Is government going to change that? For example countries like China, Russia, Turkey, French etc. all conducts all their official and bureaucratic work in their mother tongue. Even the signboards on the roads and instructions of their space station follows mother tongue. Thus, if one is serious about promoting Hindi and regional language, the state needs to make serious investment in changing the whole structure and attitude of common masses towards the regional/national language. We must promote original writings as well translation of classic English writings.

As far as the English dominates the everyday life of nation, the promise to promote Hindi appears to be just a hollow act. If BJP is really serious about promoting Hindi, then they should adopt it as a language of daily, general transaction. Since the provision of mandatory Hindi/mother tongue will be only applicable to government funded school, it will create another class divide. So the ancient education system was based on caste based reservation, NEP will replace it with a reservation based on class. The private school and rich will teach their kids in English medium school, the language of global competition, and the poor kids from government school will be forced to learn the Hindi language. The BJP government, rather than imposing its agenda, must look into this matter seriously.

Finally, Gandhiji once said, “What cannot be shared with masses is taboo for me.” We cannot accept the system in which you have glass houses for particular class of children and do not have pencil and slates for 90% of the school children. Therefore, new education policy is trying to  control  ideas  and space for various ideas.

A rebel without a cause

The nail biting contest between Ashok Gehlot and Sachin Pilot now appears like a family feud between a father figure-trying to save Congress government- an impetuous child bent on toppling it’s own house. The ongoing saga has also exposed the modus operandi of how KL media (Khan market+Lutyens) arm twist political leadership. In this context, Ashok Gehlot’s remark -good Hindi-English, good looks- purportedly made against former PCC chief is also a serious indictment of KL media.

In contrast to KL, the social media post and observations on the Rajasthan political crisis shows how media was clueless about the ground situation and kept on ranting out the false narrative. One such false narrative, manufactured by a section of Delhi media, was that Sachin Pilot was not getting his ‘due’ for his hard work on ground. In polarised politics of our time and right-wing assault on the idea of India, the litmus test for a Congressi is to steadfast loyalty to the idea of India, ideology and idea of our nationalist forefathers, commitment to the organisation, unfettered resolve to fight communalism and unflinching determination to protect democracy. Hard work cannot be traded and substituted for determination to abide by all these ideals. I have joined NSUI in 1992 and got elected to the post of student union President (1995) in a small town of Rajasthan. My parents were just mere public servants and many relatives advised against me joining the politics. However, it was the support of NSUI, first and, then Indian Youth Congress, under the aegis of Shri Rahul Gandhi that encouraged and transformed me into a loyal soldier of Congress and defender of idea of India, an idea that BJP is bent upon destroying.  I have given 28 year of my youth life to Congress organisation. In fact, I joined congress 12 years earlier than Sachin Pilot. On many occasion, I have expressed my desire to contest state election and still trying to get a chance.      Someone will say that I am an impractical person who gave 28 years of my life to organisation and didn’t move out when overlooked for ticket. However, I would say I didn’t reduce my politics to just becoming an MLA/MP or Chief minister’s post.  So those who jump out of the ship at first moment are the ones who was always into the ship because it was a safe heaven.

I, like thousands of others cadre of Congress party, may not have secured a chance to become youngest MP, young PCC chief, and youngest deputy CM of Rajasthan. But Congress party did recognise my hard work at the college, district, state level and gave me a chance to became all-India Vice-President of NSUI (2003-2005) and, then promoted to the post of national general secretary of Indian Youth Congress for two-terms (2005-10). So Sachin Pilot got an MP ticket in the age of 26, when we were honing our skills at NSUI/IYC for almost an decade. Currently, I am office bearer of All India Mahila Congress.

Those batting for young ‘Turks’ must understand that Ashok Gehlot is among the few  seasoned politician from North India who can counter Modi-Amit Shah duo, both at state level and national level. I am not saying this because Ashok Gehlot comes  from a very humble family background, or because he have organisational working experience of 40 years or he served as chief minister for 3 times. His popularity among the masses is the product of his love for his people and a clean image.  From Gujarat to Karnataka, he countered Modi and Amit Shah efffctively. The efficient tackling of a present

crisis, where BJP almost toppled the state government by using money and muscle power, proves again he is the master of politics and progressive-secular forces needs him more at the helm of affair.

As far as Sachin Pilot’s insinuation about truth( सत्य परेशान हो सकता हैं पराजित नही) is concerned, I must say…

Glimps of my book release :) 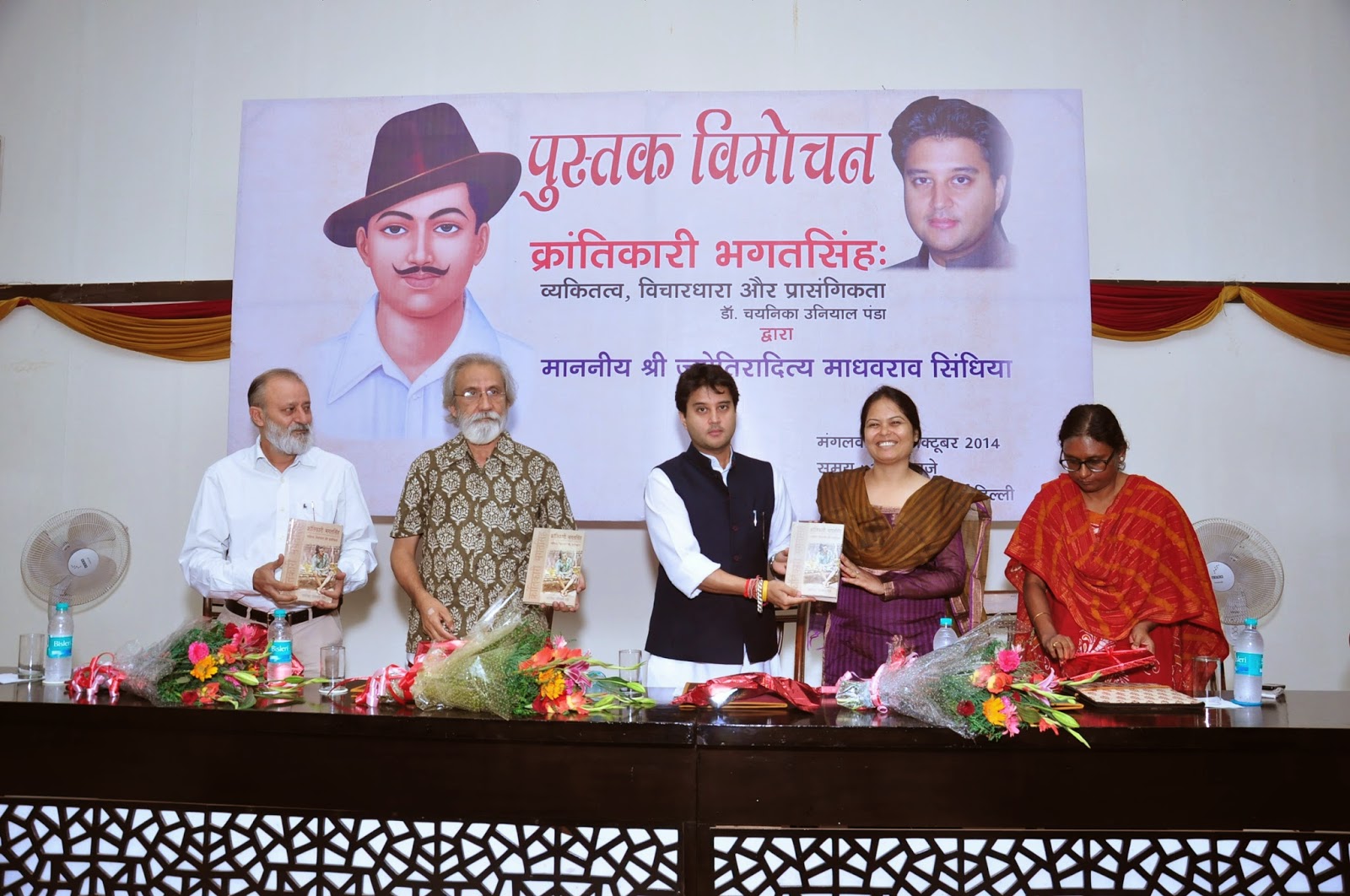 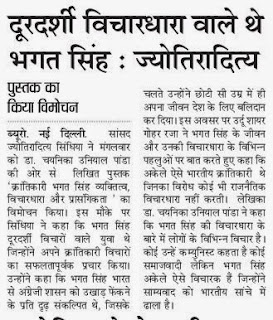 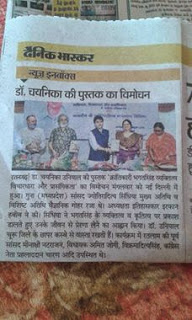 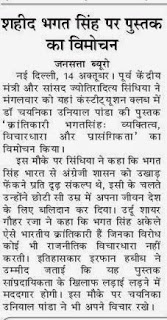 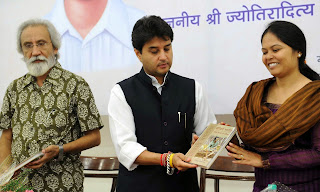 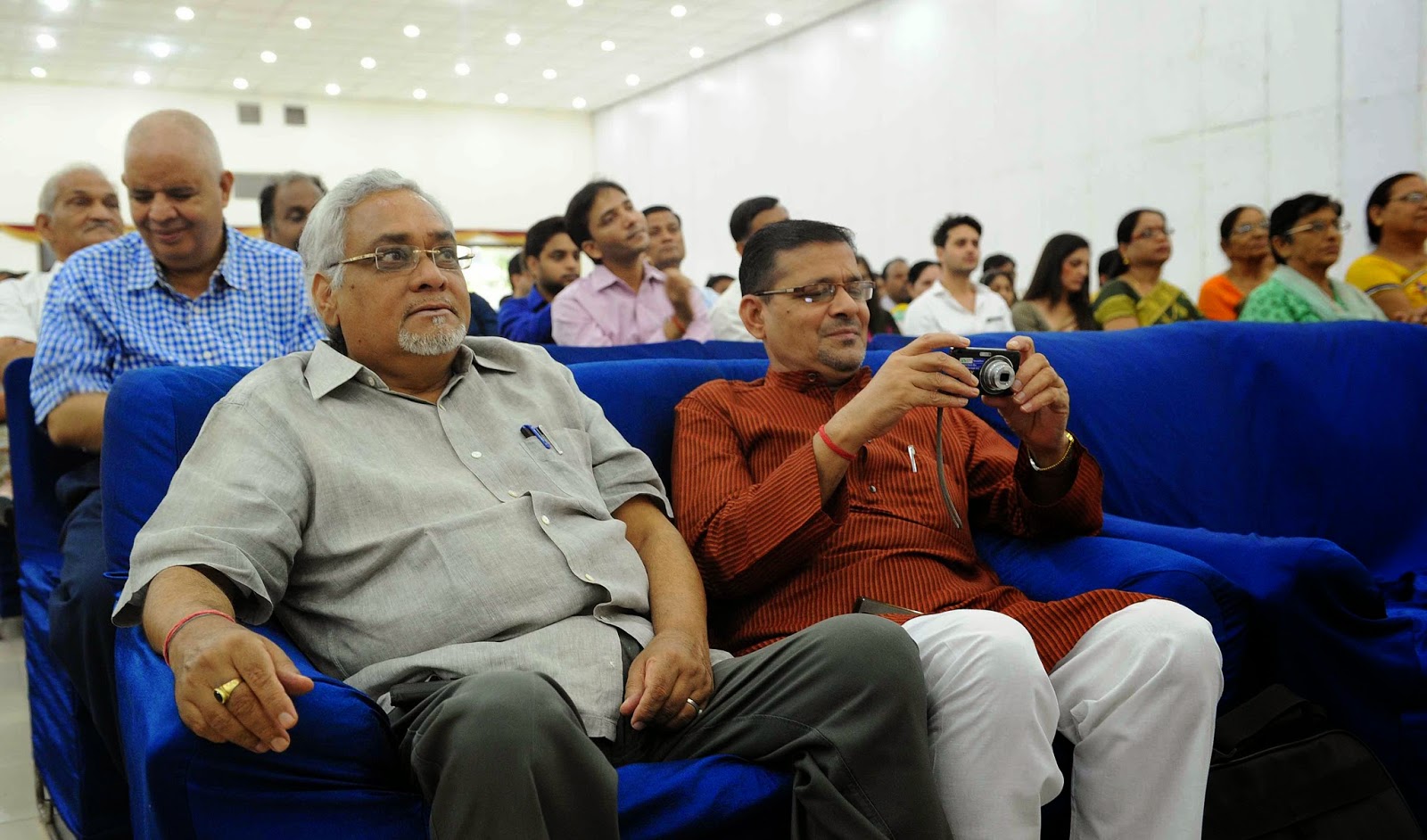 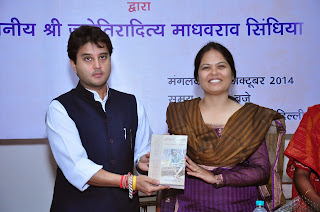 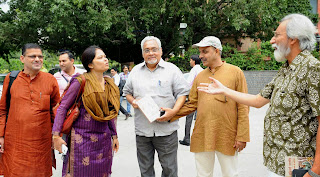 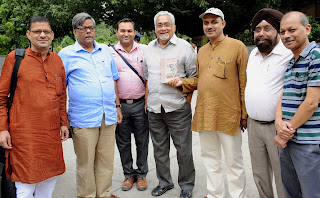 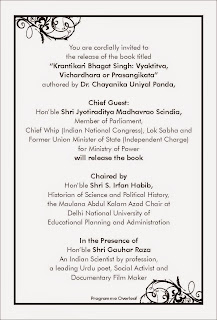 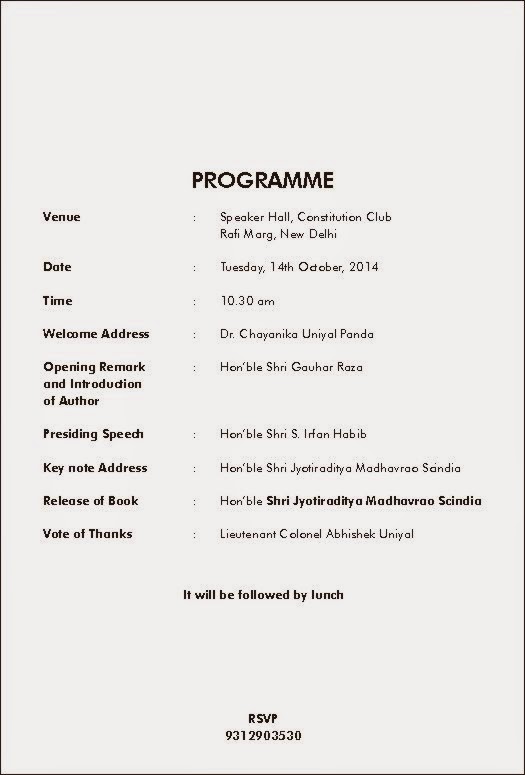 A Lady's Simple Questions & Surely It Will Touch A Man's heart... 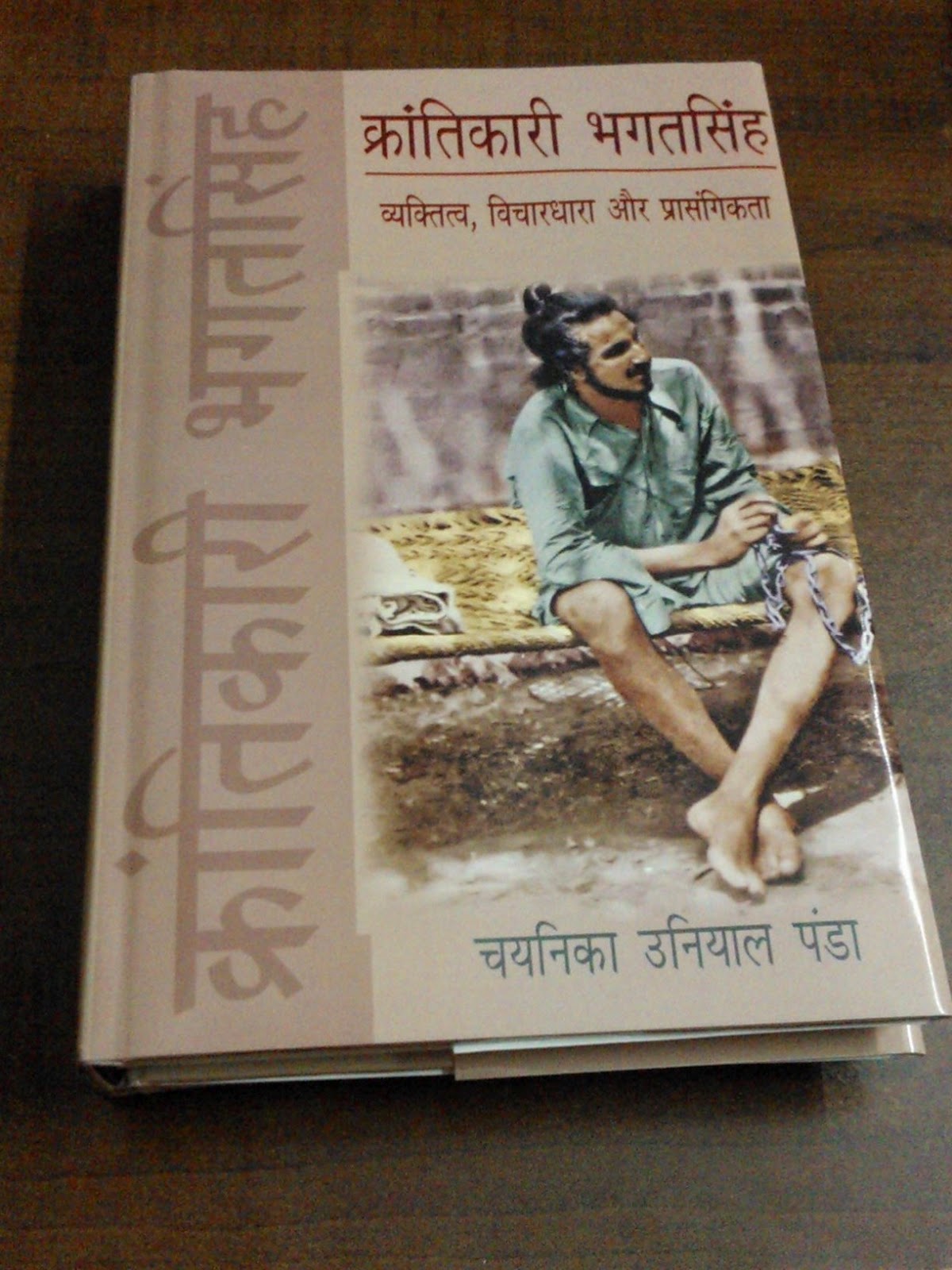 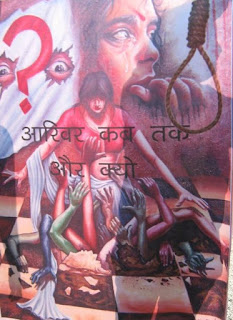 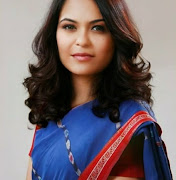 i wana see smile on every face of my country...